Speaking to reporters today on the outskirts of Baghdad, US Brigadier General Kevin Mangum cautioned that the violence in Iraq will not be solved by the March 7 election. 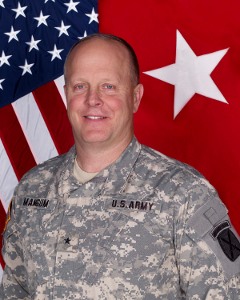 “Will there be sectarian strife after the election? That’s our bigger concern at this point,” cautioned Mangum. US officials had previously been expressing hopes that the election would be a stabilizing influence on Iraq.

But after months of delays and with growing calls for boycotts among the banned candidates, the prospect of it fueling sectarian tension seems to be growing, and there is little hope it will leave the bulk of the population satisfied.

Moreover, even among the non-banned candidates there appears to be enough rancor that it may well be extremely difficult for any party to successfully form a government. Weeks or even months of post-election bargaining could provide a fertile ground for sectarian, racial and political tensions to flourish.

2 thoughts on “US General: Iraq Could Get Even More Dangerous After Vote”