With the usual calls for Israel, France and Germany leading the way, the Obama Administration today expressed hope that a leaked IAEA report speculating on Iran’s nuclear program would help with the international push for additional sanctions against Iran. 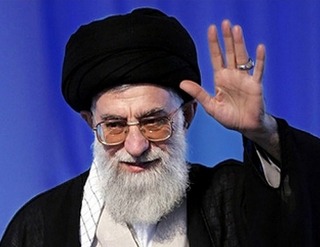 The IAEA report cited an alleged technical violation from last week, but included a vaguely worded sentence speculating about the “possibile existence of past or current undisclosed activities.” It provided no actual evidence for the existence of a nuclear weapons program.

And there never will be, according to Iran’s Supreme Leader Ayatollah Khamenei, who reiterated today that Iran will never seek atomic weapons, insisting that as weapons of genocide they are haram (religiously banned) in the Islamic Republic.

The bulk of Iran’s uranium enrichment program is focused around producing 3.5 percent enriched uranium for use in its nuclear energy program. Last week they also began to produce small amounts of 20 percent enriched uranium, for use in a medical isotope program. A hypothetical nuclear weapon would require enrichment above 90 percent, and the IAEA has repeatedly certified that none of the uranium has been diverted from the civilian programs.