White House Press Secretary Robert Gibbs repeatedly declined to say whether or not Khalid Sheikh Mohammed, the oft-waterboarded Gitmo detainee the administration lined up for civilian trial in New York City, would ever actually see trial in a civilian court. 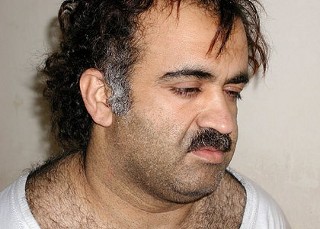 “He will likely be executed for the heinous crimes he has committed,” Gibbs assured, but exactly how they get from his 2002 capture and subsequent torture to that execution remains unclear.

But Sen. Mitch McConnell (R – KY) vowed to block any civilian trial for Mohammed, saying that they should just go back to interrogating him while holding him indefinitely. Mohammed signed a confession in 2007, but the fact that this came after he was waterboarded a record 183 times leaves considerable doubt over whether it will be admissible in a trial, assuming he ever gets one.