The leader of the Eagles Wings Foundation, one of the major humanitarian groups on the ground in Haiti, slammed the US military today for holding up aid efforts, insisting that they aren’t providing support for distribution efforts. 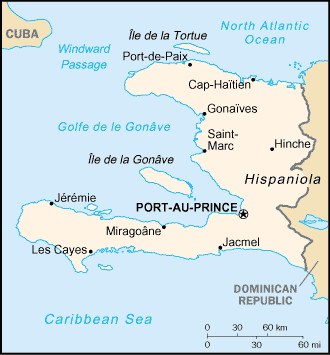 The comments came as the UN World Food Program announced that it was sharply reducing the amount of aid it would deliver, claiming that there were insufficient combat troops to keep the populace in line.

The strategy seems to be spurring a lot of unrest among Haitians, as the cuts caused worsening food shortages which led to clashes in line at some UN sites, which led to further cuts. Eagles Wings insisted they have had no problems, and that their strategy was simply to get as much food on the ground as possible.

There is already an increasingly large international military effort in Haiti, including over 15,000 American troops, it seems unthinkable that over two weeks after the devestating earthquake the Haitian public will have to wait for food because the United Nations has decided that tens of thousands of soldiers, many of them combat troops, are insufficient for the small island nation.

But aid groups have noted that the US troops seem more interested in marching through the streets looking for clashes than providing the crowd control that the UN claims it needs. Given this, it seems that it could be quite some time before the UN is going to feel comfortable enough to ramp up its food distribution, and aid groups are going to have to more and more look for ways to work around the “official” effort.