In the second NATO shooting incident in a little over 24 hours in the Garmsir District of Afghanistan’s restive Helmand Province, US troops opened fire on a crowd of civilian protesters on Wednesday, wounding five. 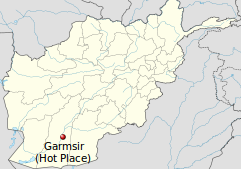 NATO explained that US Marines went out to direct an anti-NATO protest in Garmsir and when the “civilians in the crowd disregarded instructions,” the troops opened fire on the crowd. US Lt. Col. Todd Breasseale shrugged off the civilian casualties, insisting “things like this happen.”

Ironically the civilians at the Wednesday rally, estimated at between 200 and 400 strong by the NATO forces, were protesting against a Tuesday incident, in which NATO forces opened fire on civilians at a Tuesday protest, killing 13 people and wounding several others.

Though both NATO and the United Nations insist the Taliban actually killed somewhat more civilians in 2009 than NATO did, the high profile NATO shootings continue to do considerable damage to the alliance’s reputation.