Ahmed Khalfan Ghailani, a Tanzanian detainee at Guantanamo Bay whom the Obama Administration intends to be the first Gitmo detainee to get an actual trial, spent over five years in US custody, much of it in CIA black sites. 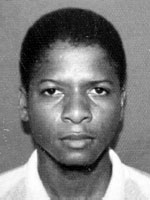 His lawyers intend to argue to the judge that five years in custody subjected to enhanced interrogations, including waterboarding, does not qualify as a “speedy trial” as the US Constitution guarantees.

Ghailani is accused of playing a role in the 1998 US embassy bombings in Tanzania and Kenya, and was captured in 2004. He originally was intended to be tried in a military tribunal, which could have led to his execution.

Prosecutors shrugged off the claim that the detainee had a right to a speedy trial, insisting that 9/11 was a threat and that they reasonably believed that, given enough interrogation of Ghailani, thyey could stop an even bigger 9/11. Ghailani is not alleged to have had anything to do with 9/11, nor with any hypothetical future 9/11s.