A week of fierce fighting among tribes in the remote Warrap state in South Sudan has left at least 140 people killed and 90 others wounded. The UN has promised to investigate the killings. 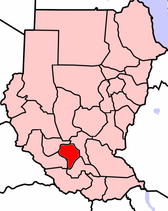 Locals say that the Nuer tribes attacked the Dinka tribe in a raid designed to steal cattle from them. The Dinka appear to have suffered most if not all of the casualties in the fighting.

South Sudan is still struggling to recover from a devastating 21 year civil war. Recent reports from aid groups have warned that rising violence may lead to a restart of the clash.

The decades of clashes left millions dead and South Sudan in economic ruin. Many southerners have advocated secession, but the internal clashes could well make such a plan unworkable.

2 thoughts on “At Least 140 Killed in South Sudan Fighting”