Several officials, including Homeland Security Secretary Janet Napolitano, say there is absolutely no indication that the Christmas Lap-Bomber, a 23-year old Nigerian man who claims al-Qaeda ties, was part of any larger plot. 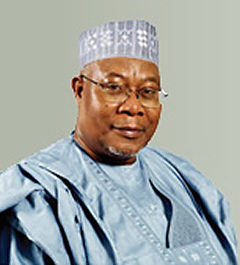 Security officials claim to have known about him for years, and Umar Farouk Abdulmutallab garnered some attention from the intelligence community last month when his father warned them he was a potential threat. Still, officials say there was no information pointing to him being a serious threat.

Which actually seems in keeping with the details of the story, as witnesses put the size of the explosion roughly on par with a firecracker, and the turns on Abdulmutallab’s lap were also consistant with this. It seems the only damage he managed to do with his explosive was to his own lap and minor burns to the hands of a passenger who tackled him.

Still, some have not given up on the notion that Yemeni al-Qaeda was involved, fueled primarily by Abdulmutallab’s own claims that an expert bomb-maker sewed the explosives into his underwear while he was in Yemen. A witness claim Abdulmutallab boarded the plane without a passport, and with the help of a “sharp-dressed man” who claimed Abdulmutallab was a Sudanese refugee will no doubt add to that speculation.

Law enforcement says they can’t corroborate anything Abdulmutallab has claimed, and it isn’t even clear if he was ever in Yemen. Still, one would assume an “expert bomb-maker” would have done a little more than sew a condom full of a trivial amount of explosive into someone’s underwear and send them on their way. Moreover the bomb, while novel in its deployment, seems to have been of little practical use, unless one was looking primarily for a way to scald their own lap.

One thought on “Officials: No Indication Lap-Bomber Part of Larger Terror Plot”