The White House has raised the terror alert level and the Department of Homeland Security has threatened to force Americans to undergo even more onerous airport screenings in the wake of an incident on a Detroit-bound airplane. 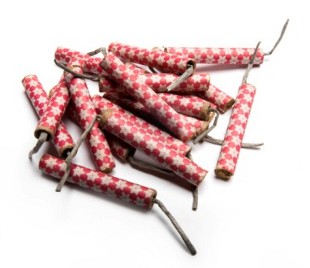 But what exactly happened? Initially it was reported that one of the passengers ignited “firecrackers” on the flight, injuring himself bad enough to need medical treatment after the plane landed.

It wasn’t long, however, before US counterterrorism officials were calling it an “act of terror,” and the passenger, a 23-year-old Nigerian, claims he has “al-Qaeda ties,” though officials haven’t been able to confirm that.

Whether this adds up to a nation-threatening attack or one screwball who thought what appears to have been a small charge of fireworks-style explosives could blow up an airplane, it has sparked something of a panic.

What is clear however is that the myriad security checks in place did absolutely nothing to prevent this man, whoever he was, from smuggling what was certainly a banned substance and what he thought was a powerful explosive on board. While not exactly a ringing endorsement for the DHS et al, it will no doubt serve as a justification for additional rules in the future.