The Lithuanian Parliament released its findings into a probe of CIA activities in the nation today, confirming that the American spy agency in fact operated two “black sites” inside the Lithuanian capital city of Vilnius. 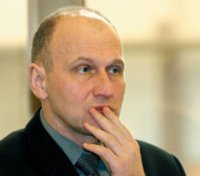 The probe further showed that at least five CIA planes landed in the city and that Lithuania’s own domestic spy agencies prevented border guards from inspecting them. Lithuania’s civilian government denies ever having been informed of any such actions beforehand, and Prime Minister Andrius Kubilius called it a “matter of great concern.”

Rather the requests are said to have gone directly to Lithuania’s State Security Department, which approved the CIA’s requests establishing both a single-cell “interrogation” facility and later a larger site. A former stable on the outskirts of the city served as the CIA’s interrogation center.

The US has declined all comments into this probe so far, but the Lithuanian government seems determined not to allow the activity to damage relations at any rate. The State Security Department’s chief, Povilas Malakauskas, resigned last week in anticipation of the results of the probe.