With US officials arriving today for high level talks with North Korea, the hope of an end to rising tensions was palpable. Yet analysts caution against expecting much to come of the meeting, as both sides seek very different things from it. 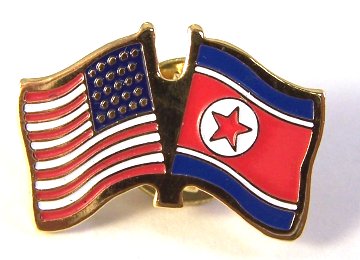 North Korea’s government, and Foreign Ministry official Ri Gun in particular, are seeking a formal peace treaty with the United States, a largely symbolic move, but one which would have enormous meaning to the isolated nation, which never signed a peace treaty with the US after the Korean War and has thus been in a state of de facto conflict with them for nearly 60 years.

US officials, on the other hand, insist that they will not offer any “new incentives” to the North Korean government, fearing that this would appear to be rewarding the nation for abandoning six-party talks before.

Instead, the Obama Administration is following what appears to be its default tactic on the world scene. It is simply demanding that North Korea re-join the six party talks without conditions and threatening sanctions if they fail to do so.

Shunning offers of a formal peace treaty and threatening further punitive actions will likely be taken extremely negatively by the North Korean government, which has repeatedly accused the US of plotting to invade.