Rights groups are up in arms tonight following official confirmation that Swiss voters have approved a constitutional amendment banning the construction of minarets. 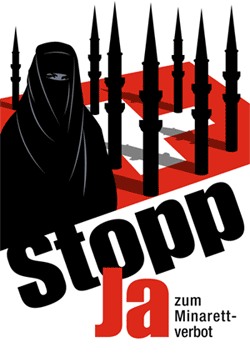 A minaret is a tall, thin tower which is built as part of (or sometimes adjacent to) a mosque, and is traditionally used to make the call to prayer for nearby Muslims. Much as Christian churches often have steeples, minarets are seen as a major identifying feature for Muslim religious structures.

And indeed, the impetus for the ban seems to primarily be right wing angst about the nation’s growing immigrant population, which is chiefly Muslim. Muslims make up roughly 4% of the nation’s population, making them the largest non-Christian religious group.

The campaign played up the “threat” posed by the Islamization of Switzerland, a prominent poster featured a burqa wearing woman standing in front of a Swiss flag impaled on imposing black minarets. 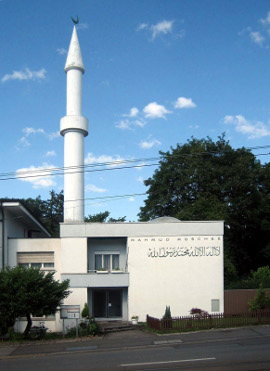 While the ban is largely expected to be overturned by either the Swiss Supreme Court or the European Court of Human Rights as a violation of religious freedom compacts the Swiss government has agreed to respect, it is seen as a major victory for the Swiss People’s Party, the populist political party that pressed for the ban.

But the vote’s international attention may also do considerable harm to Switzerland’s traditional neutrality, and already it is being condemned by overseas Muslims. Swiss Muslims, for their part, are trying to figure out what this ban means for their role in Swiss society.