The Afghan Red Crescent Society (ARCS) is complaining publicly today over a Saturday raid on one of its offices in Qalat by NATO forces. 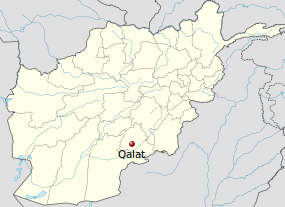 NATO reportedly used explosive charges to break into the offices, and captured two of the group’s aid workers. The two were never charged and were released within 24 hours, according to the manager of the group’s media division.

The raid was reported by NATO on Saturday, but under very different circumstances. At the time NATO claimed it had killed a “militant” and arrested others. NATO hasn’t commented since Saturday.

NATO faced similar complaints in September when US forces attacked a hospital being operated by a Swedish aid group. In that case they tied up the staff and smashed up the facility, but didn’t actual arrest anyone.