In the deadliest shooting ever on a domestic American military base, a military doctor, Major Nidal Malik Hasan, opened fire on troops in a crowded building in the middle of Fort Hood, America’s largest military base, killing 13 and wounding 30 others. 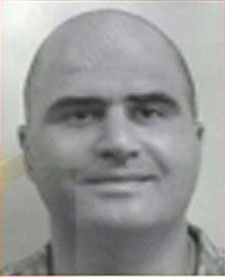 Maj. Hasan was initially reported as slain in the ensuing gunfight, but Gen. Cone later conceded that Hasan was alive and in stable condition despite having been shot several times. Though officials say it was a single gunman shooting, a second “person of interest” was captured on a golf course shortly after the incident.

Details about Hasan are still emerging, but he was born in Virginia of Jordanian descent, educated at Virginia Tech and had been serving as a psychiatrist on the base, helping returning soldiers to cope with difficulties related to combat stress.

Maj. Hasan was reportedly an outspoken critic of the Iraq and Afghan Wars, and was said by CNN to have been disillusioned that President Obama did not withdraw forces from Iraq as he had promised. He had also been seeking a discharge from the Army for years, citing harrassment he received as a Muslim.

Officials had reportedly probed the major over comments he had made on the internet, but they say they had never conducted an actual investigation into them.

The situation appears to have come to a head, however, when Hasan recently learned that he would soon be deployed to Iraq. Before the shooting he reportedly gave away his copies of the Qu’ran and all of his furniture.