With rising violence and the prospect of a delayed election already imperiling the Iraq pullout plan, the Government Accountability Office is now cautioning that there is yet another fly in President Obama’s ointment, the army of contractors America has in Iraq. 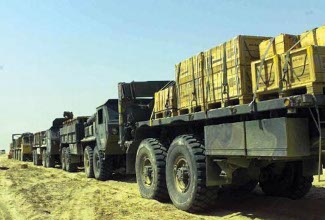 The US expects to start withdrawing forces in earnest sometime around Spring of 2010. Unfortunately, the GAO notes that the contracts for the many of the companies providing all the trucks which would be used in the “drawdown” expire just about when that is supposed to happen.

Moreover, the US will be seeking to replace many of the troops leaving with private contractors, which will leave the remaining troops in more of a supervisory position but also raises questions about how much of this “drawdown” is a reduction in American forces and how much is just a transition from soldiers to mercenaries.