Israeli police stormed the compound containing the al-Aqsa Mosque, one of the holiest places in the world to Muslims, sparking a clash with a growing number of protesters at the site. Several people were injured in the raid and at least 18 were captured, reportedly arrested for resisting the raid. A top Israeli Arab leader was also arrested for “incitement,” though it does not appear he was present at the clashes. 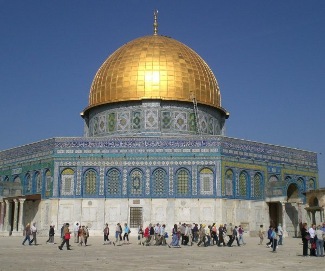 Muslim protesters gathered inside the compound today after a group urged Jews from across Israel to gather at the mosque’s compound. Officials have sealed off the mosque, which itself sparked more clashes in Jerusalem’s old city. Police have vowed to use a “strong hand” against the protesters.

The violence has sparked outrage across the Muslim world, with several officials across the region condemning Israel for what they called “provocation.”

The rally which sparked the protests was held later in the day, with several rabbis present urging the Israeli government to “reclaim sovereignty” over the site, and called for the construction of a Third Temple there.

The Second Temple stood at the site of the al-Aqsa mosque, but was destroyed nearly 2,000 years ago by Roman forces. It was replaced with a temple dedicated to the Roman god Jupiter, and later a Christian church. Al-Aqsa was built there in the late seventh century.