Representatives of the Iranian and Israeli governments took part in the first mutual talks between the two sides in 30 years, in an exchange described as brief and heated at a top secret nuclear conference in Cairo, Egypt. 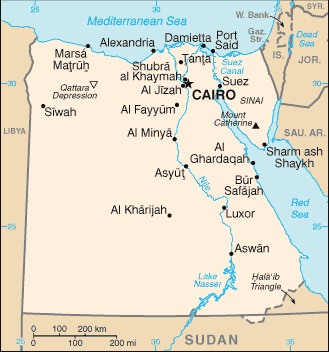 The Egyptian government confirmed the meeting, and the Israeli government later acknowledged it though was quick to insist that they hadn’t “shaken hands” with the Iranian official. Iran has so far denied that the meeting, which was supposed to be completely secret, took place at all.

The exact details of the exchange have not been made public, and likely never will be, but reportedly the Israeli official accused Iran of violating the Nuclear Non-Proliferation Treaty (NPT), to which Israel isn’t even a signatory, while the Iranian official pointedly asked Israel to confirm its nuclear arsenal, which it refused to do.

Israel has repeatedly threatened to attack Iran over its civilian nuclear program. Defense Minister Ehud Barak today hit out at an international agreement on third party enrichment, cautioning it gave legitimacy to the Iranian program and claiming it was contrary to what they assumed was the P5+1’s agenda: to stop Iran from having even a civilian program.