At least six people were killed and 42 others wounded in a pair of suicide bombings at the International Islamic University in the Pakistani capital of Islamabad, the latest in a rising string of attacks across the nation in the past several weeks. 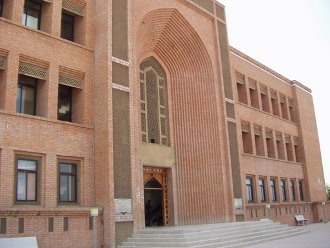 The latest attack took the nation by shock, leading the government to quickly announce that it was shutting down every school and college across the entire nation. All public and private education in the nation will hence be shuttered until further notice.

This is a major change from the assorted military offensives across the last several years, where the conflict was largely restricted to a small region, and even when an attack did occur, it left most of the nation untouched.

Not so this time, as every student across the country will wake up tomorrow realizing that the war is having a direct impact on their life. South Waziristan may be a remote and little thought of region, but the offensive is no ordinary one.