When covering America’s interventionist foreign policy, certain departments and agencies come up a lot. The Defense Department, certainly. The CIA, usually. The State Department, the NSA, the list goes on. Rarely does the Treasury Department come up, but maybe it should. 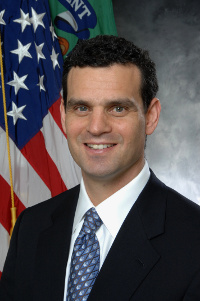 Speaking at a conference for the American Bankers Association, Assistant Secretary of the Treasury David S. Cohen went into excruciating detail about his department’s role in ensuring that the American banking industry is on the front lines of fights the world over.

And it really is the world over. From propping up Mexico’s government in what he called “a courageous fight against the drug cartels” to preventing Iran from “developing nuclear weapons,” there appears to be no overseas endeavor in which Secretary Cohen doesn’t envision a massive role for the Treasury Department, and for the ostensibly private organizations that make up the banking industry.

Though Cohen made some interesting revelations with respect to Afghanistan, including the somewhat surprising claim that the Taliban is much better financed than al-Qaeda, the bulk of his speech detailed a chilling ambition to see the banking industry pulled ever deeper into the war at home as well as abroad, and his claim that “routine suspicious activity” could be the centerpiece of uncovering international terror networks suggest that the average person’s financial transactions will be under ever-increasing scrutiny.

8 thoughts on “Asst. Treasury Sec.: Banks Back US Intervention”