The top Democrat Congressmen have largely come off the fence on the question of the Afghan escalation, and it seems that the party’s leadership is split roughly in half between supporting and opposing General Stanley McChrystal’s call for more troops. 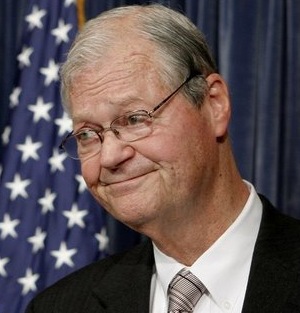 Meanwhile, others including House Appropriation Committee Chairman David Obey have been cautioning that if President Obama attempts to hive General McChrystal the huge build-up he wants, he could be facing a “revolt” and Congress could try to cut off funds for the escalation.

Yet so long as the Democrats are so split, this is probably a very empty threat. The Republican opposition is, with only a handful of notable exceptions, in favor of the McChrystal plan, and it would take a vast majority of the Democrats to actually block the funds successfully, a majority which at the moment doesn’t appear to exist.