Citing Iran’s revelation earlier this week that it is constructing a second, smaller uranium enrichment facility, President Barack Obama demanded that the Iranian government “come clean” about his long-standing accusations of a nuclear weapons program, and said he would not rule out attacking the nation if they refused. 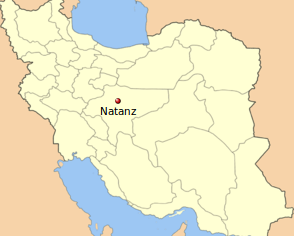 Obama said the second facility, reportedly an underground plant outside of Qom, was “inconsistent with a peaceful program” and claimed that the nation was “breaking rules that all nations must follow.”

Despite these claims, it isn’t apparent that Iran broke any rules with the facility. The IAEA only requires that it be informed six months before the facility is operational, which Iran apparently did on Monday. The IAEA has said the information it has been given suggests the facility, like Iran’s current one, is only designed to enrich uranium to 5%, useful only for civlian purposes.

The revelation is particularly irksome for the US, which was intending a “dramatic” unveiling of its existence today only to learn the IAEA had been told about it days ago. Despite having been beaten to the punch, officials and media outlets still touted it as the uncovering of a “secret” site.

But was the site a “provocation” as Western leaders have tried to spin it, or merely a hedge against attack? The Natanz facility in Isfahan Province that is currently in operation is conspicuously above ground, while the new facility is hidden in the mountains further north. Less convenient and further away from Bushehr, to be sure, but it would add to the difficulty of Israel, which has repeatedly threatened to attack Iran, to destroy its entire nuclear program with an air strike. Rather than thumbing their nose at the West, the facility might be designed to dissuade nations from launching an attack.

10 thoughts on “Obama: Iran Is on Notice, Won’t Rule Out Military Action”