As several senators are beginning to openly question President Barack Obama’s plan for further escalation of the war in Afghanistan, a trio of hawkish Senators, John McCain, Joseph Lieberman and Lindsey Graham, have penned an op-ed piece for the Wall Street Journal calling for a significant increase in ground troops, likely beyond the escalation already backed by Obama and the additional escalation advocated by Gen. McChrystal. 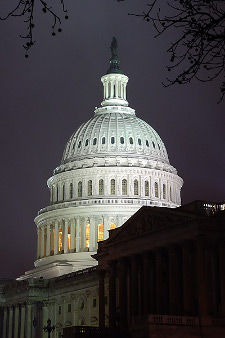 The senators openly condemned everyone who says the war is unwinnable, citing their ostensible “success” in throwing ever increasing numbers of troops at the war in Iraq and declaring that any other route but escalation is a “recipe for disaster” and vowed to “stand with the President” in keeping the war going despite popular opposition.

Meanwhile Rep. Murtha, the chairman of the House defense appropriations subcommittee, is coming out completely against the notion of escalation, noting that “in Vietnam it took 500,000 troops and that didn’t solve the problem.”

Ultimately though, the battle lines in Congress are not between the hawks and the antiwar crowd, for despite polls showing the vast majority of Americans wanting out of the eight year old conflict now there is precious little support for that in Congress. Rather, it is a battle between those who want to dramatically escalate the failing war with more troops and those who think sending more troops in unwise but rather keeping the current war going and throwing more money at the Afghan government is the road to success. Either way, Americans likely have several more years of conflict and “new” strategies in Afghanistan.