Brigadier General Heidi Brown, in charge of overseeing the US withdrawal from Iraq, insists that the pullout strategy is already underway and moving according to plans. At the same time, the details she provided seemed to confirm that the pullout remains very aspirational. 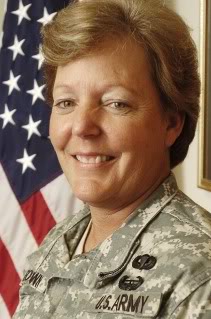 According to the general, the first troops out will be the Army combat brigade which Secretary of Defense Robert Gates previously said might leave by the end of the year if the level of violence remained low. Since the level of violence has risen significantly since then, this may support the Pentagon’s previous plans which had the troop levels roughly flat at least into early 2010.

But Brown gave us the first signal of what the 2010 strategy is looking like, at least on paper. “We would stay steady with troop strength until after the election plus 60 days,” Brown insisted. “You don’t know who will win the government and how long it will take to seat the government.”

Since Iraq’s national election has already been delayed once and is currently scheduled for January 30, 2010, that would leave roughly 130,000 troops still in the nation in early April, 2010. Since President Obama has previously promised to end “combat” operations in August 2010, that would require a sudden and massive pullout, the likes of which the administration has shown neither the will nor capability to make good on.

Gen. Brown also hinted that the August 2010 goal had been significantly revised, however. Whereas before President Obama had planned to leave up to 50,000 troops “indefinitely” beyond the official end to combat missions, she suggested the target level was now “50,000 to 75,000 troops.” Furthermore, the remaining troops “would pick up additional duties from departing troops.”

Last week General Casey said he couldn’t rule out the current plan requiring further changes based on the rising violence, though he said it was too early to make any such decisions. It seems that even that marginal drawdown of troops that is being currently sold as a “pullout” strategy isn’t safe.