US and Afghan forces, backed by a US Apache helicopter attacked a medical clinic in the Paktika Province of Afghanistan yesterday after receiving reports that a wounded Taliban commander had “sought treatment” at the facility. 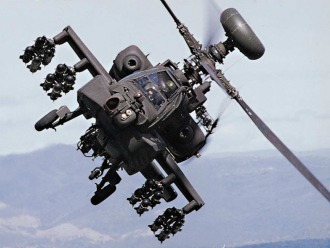 The attack sparked a gunbattle which according to provincial officials left at least 12 militants and two policemen killed. The US denied that anyone had died in the attack but claimed to have injured their target, though since he was already injured in the first place it’s probably hard to be sure about that.

The US defended the attack on the clinic, insisting that it had ensured the building was cleared of civilians before the helicopter began firing and that since the clinic was occupied by Taliban it lost “its protected status” as a civilian location.

The Pakitika Province borders Pakistan’s Waziristan Agencies, and is no stranger to major clashes. Attacking a medical clinic, however, particularly when health care is in such short supply in rural Afghanistan, is likely to fuel resentment among locals. Likewise, the attack on a relatively minor Taliban commander when he was already injured and seeking medical treatment is probably going to raise further suspicions as the Afghan government continues to talk about reconciliation.

18 thoughts on “US Copter Opens Fire on Afghan Medical Clinic”