In a high profile press conference in the city of Zahedan, Iran, international media gathered to hear a statement from Abdolhamid Rigi, a high ranking member of the Balochi separatist movement Jundallah who is awaiting execution by the Iranian government for his role in a series of murders. 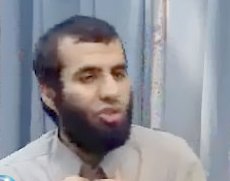 Rigi, whose brother Abdolmalek Rigi is the leader of the militant group, addressed a wide variety of topics and made several claims regarding long-suspected links the group has to various international organizations.

In particular, Rigi confirmed that Jundallah previously had ties with al-Qaeda for operations in Pakistan, and that the groups split in 2003 over differences of opinion about strategy in Iran. Not long after severing its ties with al-Qaeda, the group started a relationship with the United States government.

That fact has never been disputed, indeed US officials have repeatedly confirmed that the government has secretly encouraged and advised Jundallah as it fights the Iranian government. But Rigi insisted the US ties went well beyond encouragement.

Rigi insisted that five years ago when the relationship began the US government gave the group $100,000 and promised to provide it with “everything we needed.” He also claimed that the US was directing the group’s attacks, saying “they told us whom to shoot and whom not to. All orders came from them.”

Previously US officials had insisted the government was deliberately avoiding direct funding to avoid Congressional oversight, but the Bush Administration did funnel considerable money into “covert” operations against the Iranian government. As Jundallah has been launching high profile suicide bombings for years, any verification of direct US funding or ordering of the movement is likely to produce a considerable scandal.