In comments on the nation’s public radio, Israeli Prime Minister Benjamin Netanyahu condemned the nation’s removal of settlements from the Gaza Strip as a “mistake” and vowed to “not evict any more people from their homes.” 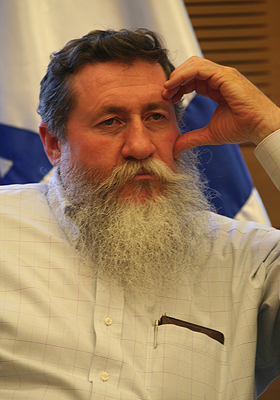 The comments, if indeed they are official policy, will likely do considerable harm to the floundering peace process, which takes as a given that the Israeli government will have to remove at least some settlements for the creation of a Palestinian state in the West Bank.

Yet at a time when international opinion is increasingly against the hawkish government’s policy of settlement expansion, a poll reveals that the Israeli public overwhelmingly supports his policy of expanding the settlements in East Jerusalem, which have been at the forefront of a very ugly public dispute in recent days.

Last weekend the Israeli government evicted some 50 Palestinians from two homes in East Jerusalem, where the families had lived for over half a century. Israeli officials claimed the eviction was the result of a “lease violation,” though in fact the families had legally purchased the properties in 1958 and weren’t leasing them at all. Rather the Israeli High Court ruled that claims that Jewish families had purchased the land during the Ottoman Empire’s control of the area allowed the city to take the homes over for use in the settlement expansion.

The dispute over the evictions led to a scuffle today when two hawkish MPs, Yaakov Katz and Uri Ariel, visited the homes (which are being occupied by settlers pending the government subsidized housing construction). Katz reportedly chastized one of the evicted families, which was protesting the visit, declaring that “all of this area belonged to Jews between 70 to 80 years ago and we are returning to it,” sparking a clash between the homeless family members and Katz’s security team.

One thought on “Netanyahu Vows to Never Evict Any Settlers”