Following former President Bill Clinton’s trip to North Korea, which successfully secured the release of two jailed US reporters, there was hope among some that the Obama Administration would reduce tensions with North Korea, and trepidation among others. 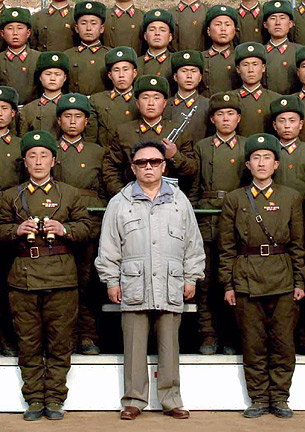 But in comments seen as primarily aimed at reassuring close US allies Japan and South Korea, White House spokesman Robert Gibbs has declared that official US policy toward North Korea remains unchanged as a result of the Clinton visit.

National Security Adviser Jim Jones had previously expressed hope that the visit would “lead to good things,” and Secretary of State Hillary Clinton says it is possible that the visit may lead North Korea to improve its stance toward the US.

Tensions between the US and North Korea have progressively risen since US sanctions led North Korea to abandon six-party talks and test an atomic weapon. Last month Secretary Clinton and North Korea’s government had gotten to the point where they were publicly ridiculing one another.

One thought on “White House: No Change in North Korea Policy”