A US military helicopter launched an overnight attack on a group of what it believed were “militants loading munitions into a van,” killing five of them. According to police in the rural district of the Kandahar Province, they weren’t militants, and those weren’t munitions. 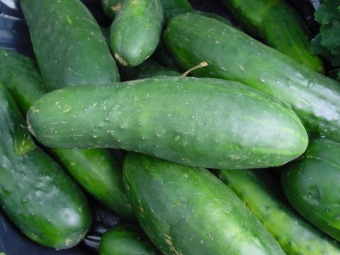 Instead, the Apache helicopter launched its attack on a group of farmers who were loading cucumbers they had grown into a van to be sent to a nearby bazaar. Despite police confirming the van it hit was full of cucumbers, NATO maintained that those it killed were militants. The attack is the second disputed incident of civilian killings in Kandahar Province in as many days.

The previous night, another helicopter launched an attack on a family’s compound, killing four people, three of them children. The family insists the four were sleeping at the time of the attack, NATO insists they were carrying “plastic jugs” and that it assumes they were planting roadside bombs. NATO maintains the four were “insurgents” despite the young age of three of them.

The pair of incidents come as the new NATO chief is visiting the nation, and just a week after a UN report cautioned that the escalation of war in Afghanistan is taking a rising toll on the civilian population of the country. With the US trying to convince farmers to switch crops to stem the rising opium exports from the nation, the fact that they can’t distinguish between cucumber and small arms is doubtless to make some farmers think twice.