The man who will almost certainly be Britain’s next Prime Minister sometime in the next 10 months, Conservative Party leader David Cameron, is eying a dramatic escalation of the war in Afghanistan, including reports today that he may create a new Minister for Afghanistan specifically to manage a war officials acknowledge will likely be going on for “decades.” 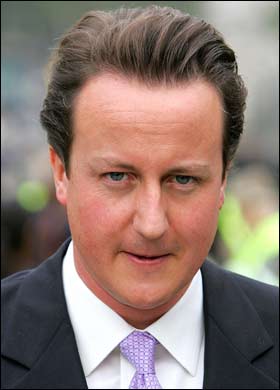 The Labor government is still struggling to sell the notion of continual war to the population, of course, with Armed Forces Minister Bill Rammell presenting his long awaited policy statement, declaring that the war had to continue to prevent more 9/11 attacks by al-Qaeda.

Minister Rammell insited “we don’t want to be in Afghanistan forever,” but with Sir Nigel Sheinwald saying over the weekend that the war would take several decades more the distinction appears to be a minor one.

Though the popular opposition to the war is growing in Britain, the ruling Labor Party and the opposition Conservative Party both seem reluctant to pull their support from the endless conflict. As with the US, the political momentum seems to be continuing the war in spite of popular will.

2 thoughts on “Tory Leader Would Appoint ‘Minister for Afghanistan’”