Last week July set a record for deadliest month for foreign troops, with 46 killed at the time (now 55). Today, another record was set for the month, this time for US troops killed in a month with 30. With well over a week left of the month, both records are likely to continue to rise. 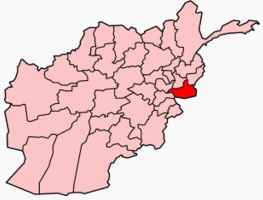 Today’s record was set when a roadside bomb killed four soldiers in the Nangarhar Province in eastern Afghanistan. The number of attacks involving roadside bombs has soared in recent months, another record likely to be broken this month.

With the number of US and foreign troops dying hitting record highs, it seems inevitable that, as Secretary of Defense Robert Gates predicted yesterday, support for the seemingly endless war will begin to fade if the situation doesn’t make a turn for the better, and soon.

NATO’s outgoing Secretary-General Jaap de Hoop Scheffer reaffirmed NATO’s endless commitment to the war, declaring that failure would lead to terrorism spreading across the entire planet. He lashed out at critics of the war, accusing them of burying their heads in the sand.

6 thoughts on “Four US Troops Killed in Eastern Afghanistan”