During his visit with US Homeland Security Director and former Arizona Governor Janet Napolitano, Pakistani Prime Minister Yousef Raza Gilani to build a massive border wall along the 1600+ mile border between Pakistan and Afghanistan. 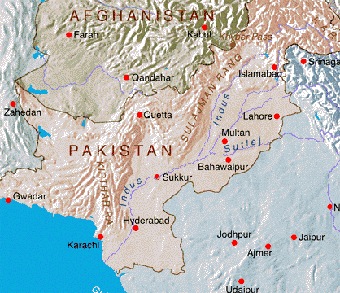 Gilani referenced the wall between the United States and Mexico as a model. It is unclear if Gilani was simply referring to partial fencing as the US currently has, or proposals to wall off the entire border. Only portions of the US, Mexican border are actually fenced off.

The US program has cost enormous amounts of taxpayer dollars and seen limited effectiveness. It seems difficult to imagine that the US will support a similar program in Pakistan, costing perhaps an order of magnitude more to fence off portions of mountain ranges in the Pakistani tribal areas.