Thousands of protesters returned to the streets of Tehran today, sparking clashes with riot police and resuming that protests against the disputed election. There were reports of injuries, though as the government continues to bar foreign journalists those reports could not be verified. 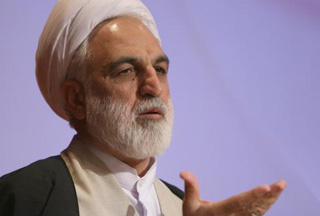 Iran’s Intelligence Minister Gholam-Hossein Mohseni Ejei today sought to blame the US and Israel for the clashes, claiming that they had spent months ahead of the campaign raising the prospect of vote-rigging simply so they could spark the post-election violence.

The European Union also publicly condemned Iran today over the arrests of eight members of the British embassy staff. The eight are charged with playing key roles in previous protest violence. Tensions between Britain and Iran were already growing amid accusations, most notably Friday by Ayatollah Khatami, that Britain had been meddling in the post-election situation.

Iranian opposition candidate Mir-Hossein Mousavi has accused the government of rigging this month’s election, claiming that he won by a wide margin despite the official toll. The Guardian Council was ordered to investigate, and so far denies any evidence of irregularities that could have swayed the election in Mousavi’s favor. Pre-election polls had predicted Ahmadinejad would win, but the wide turnout was seen as favoring the challenger.

One thought on “New Protests, Clashes in Tehran as Tensions Grow with West”