Pakistani military spokesman Major General Athar Abbas today announced that the army had entered its “final stages” of its devestating offensive in the Swat Valley. Now, says Abbas, the military is focusing on its preparatory phase of the offensive in South Waziristan. 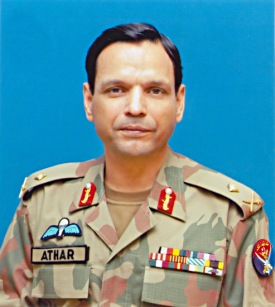 If that sounds familiar, it probably should. Over three weeks ago, Secretary of Defense Athar Ali said the exact same thing, even going so far as to say that the battle would be over “hopefully within two to three days.”

The Swat Valley offensive has killed thousands, driven millions from their homes, and left hundreds of thousands of others trapped in their homes with dwindling access to food and water.

With the situation in the refugee camps continually worsening, the displaced have hoped to return home in short order. Despite weeks of promises that the clashes were almost over and claims that wide swaths of the valley are under control, the military has been preventing all civilians from returning home.