Japanese newspaper the Yomiuri Shimbun is citing officials in the Japanese Defense Ministry as saying North Korea is preparing a launch in early July of a new Taepodong-2 missile over the Japanese prefecture of Aomori, and toward the US state of Hawaii. 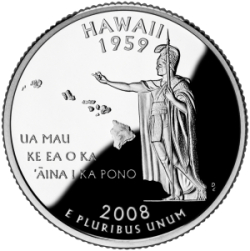 Officials believe the missile would have roughly the same range as the rocket used in April’s failed satellite launch by the North Korean government. As such, it is not expected to have sufficient range to hit the Hawaiian islands.

Secretary of Defense Robert Gates says that the US has ‘concerns’ about the prospect of such a launch, and says that he has ordered additional missile defense deployments in the area in case it becomes necessary to shoot down the missile to “defend Hawaii.”

The military also says it is tracking a North Korean ship which it believes may be carrying what it called “proliferation materials.” It will ask for permission to inspect the ship when it attempts to dock at a port, but Admiral Mullen says the US has no legal option to forcibly board the vessel.