President Barack Obama’s call for a “new beginning” to US relations with the Muslim world has been a major topic of discussion across the world today, but particularly among Muslims. The reaction has been largely positive, but a measure of skepticism over whether the change in rhetoric will lead to a change in actions. 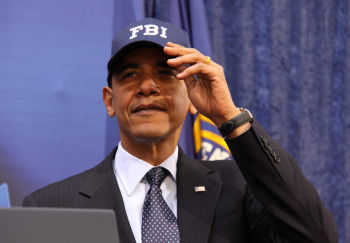 While covering a wide variety of topics, President Obama seemed to strike a particular chord with his delcaration that the plight of the Palestinian people was “intolerable,” and his call for the independent Palestine.

The Israeli government publicly lauded the president for his comments, but privately expressed disappointment as right-wing MPs condemned Obama as “pro-Islamic.” The White House is reportedly trying to lower tensions with Israel now in the wake of the speech.

Obama’s declaration that “just as Israel’s right to exist cannot be denied, neither can Palestine’s” also generated outrage within the US, with Rep. Tom Price (R-GA) declaring his “moral equivalency to the history of Palestinian and Israeli pursuits is utterly unjustifiable.”

The US and Israel had already been publicly at odds over the question of growing West Bank settlements, a topic about which Israeli officials claimed to have had secret “understandings” with the Bush Administration. The issue has sparked anti-US protests in Israel, with settlers condemning Obama as an anti-semite.