The official US stance on whether or not they’ll abide by the Status of Forces Agreement (SOFA) and leave all of Iraq’s cities by the end of the month seems to change by the day. On Sunday, officials were saying it “remains to be seen.” 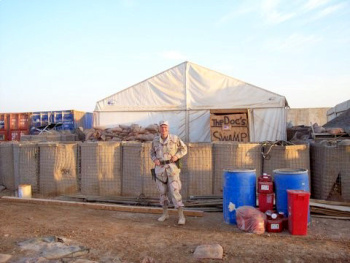 But today, General Ray Odierno said it was a “done deal” and that the troops will definitely be out of cities by June 30, with the exception of some trainers and advisers. Of course, reports that the US was simply labeling combat troops as trainers and redefining the borders of cities to skirt the requirement leave open the question of just how much that pledge means.

Though Prime Minister Nouri al-Maliki remains adamant about wanting US troops out of the cities, US officials have said they expect him to change his mind in the end.

In the meantime, the US will be expanding its rural bases and building new ones on the outskirts of Iraqi cities. The sweltering tents and flimsy plywood houses are hardly well-suited to housing an occupation force, but it’s still far from certain if they’ll actually be used.

One thought on “US Expands Rural Iraq Bases, But Are They Really Leaving Cities?”