Roughly three years after his capture, self-proclaimed “magician” and former Federal Express truck driver Narseal Batiste (aka Prince Manna) and four of his cohorts were convicted of “plotting to start an anti-government insurrection” which involved a plot to destroy the Sears Tower in some unknown manner. To that end Batiste reportedly approached an FBI agent he believed was a member of al-Qaeda and provided him shoe sizes so al-Qaeda would supply him with shoes and money for the attack. 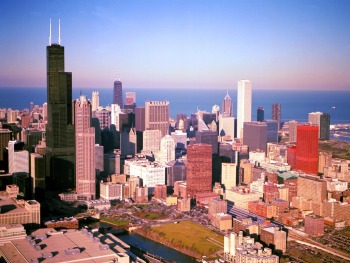 Batiste was well-known in his Miami neighborhood for walking around wearing a bathrobe and wielding a crooked stick which he claimed was a staff. He and his followers met in what was described as a “shabby warehouse,” where they studied the bible and practiced martial arts. At the time of their capture, Vice President Dick Cheney termed them “a very real threat.” Then-Attorney General Alberto Gonzales said they represented a “new brand of terrorism” created by “the convergence of globalization and technology.”

While the government conceded the group’s intent was “more aspirational than operational” and provided no evidence that Mr. Batiste’s magical powers were even up to the task of destroying the Chicago landmark, he was convicted of “plotting to provide material support to terrorists” and “conspiring to wage war against the United States.” He faces up to 70 years in prison. His four associates were convicted of a subset of his charges, and face between 30 and 50 years in prison for their role in what is, to say the least, the most bizarre terrorist plot in recent memory.