The United States has released previously classified documents which allege that the Taliban has used white phosphorus in “reprehensible” attacks. Army spokeswoman Major Jennifer Willis said that the insurgency has used munitions manufactured in Britain, China, Russia and Iran. 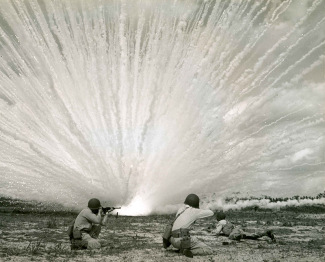 The documents show at least 38 instances where the militants had either used such weapons or they were found in their possession. The US military has also used white phosphorus in the war, and conceded that in an incident two months ago a maimed girl could have been injured by white phosphorus used by either side. Still, the military said the Taliban’s use was particularly “irresponsible.”

The issue has been brought to the fore by allegations that the US had used white phosphorus during last week’s Farah Province attack, the deadliest single attack on Afghan civilians since the war began. The military has denied the allegation, but their official story has already changed numerous times in the 6 days since the killings.