Speaking before a group of Jewish leaders and diplomats in New York today, Israeli President Shimon Peres says the nation will not “cross out any other options” in dealing with the Iranian nuclear program in the event that the US diplomatic endeavor fails to see the program dismantled. 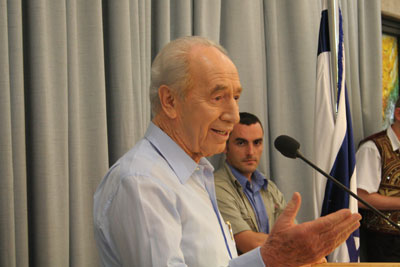 Though Israeli Foreign Minister Avigdor Lieberman ruled out attacking Iran late last month, Reports of military exercises aimed at practicing such an attack have kept the possibility open. Today’s comments by Peres will likely only add further fuel to the threatened attack.

Diplomats say that they don’t expect Israel to seek permission from the United States for such an attack, but will rather inform them once the planes are already en route. US Defense Secretary Robert Gates has repeatedly warned of the danger of launching a preemptive military strike against Iran, though Israel’s desire to see Iran abandon its civilian nuclear program may ultimately trump risks of a global backlash and serious harm to US-Israel relations.