The literally Kafkaesque proposal by some in the Obama Administration to get around the messy business of trying certain detainees with evidence obtained through torture by simply asking them for permission to execute them seems to have hit some opposition inside the administration itself, and not for the reasons you might suspect. 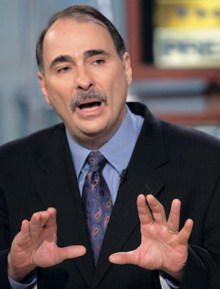 Top White House adviser David Axelrod is concerned not with the precedent of voluntary execution per se, but rather the prospect that executing terror suspects could be playing into their hands by granting them martyrdom at the hands of the United States.

Axelrod says “theres still discussions going on about how to proceed” and insists the president will make an announcement once he’s made a decision, but cited “grave concerns” about the possibility of killing the detainees if it turns out they really want to be killed.

Five detainees are said to be prime candidates for this rather bizarre proposal, and what evidence exists against some of them was obtained through harsh interrogations during their years of detention without charge. The administration is loathe to charge them, not only because of the paucity of reliable evidence but for concern that their ill treatment will become public.