Pentagon officials are advancing a plan to withdraw virtually all US special forces commandos out of Niger. They are also considering withdrawing seven of eight counter-terrorism units form Africa, and closing several military outposts from across Africa. 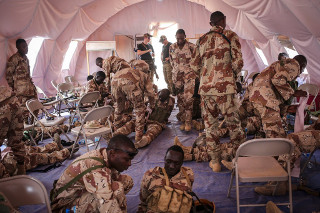 Three top Pentagon officials approved the plan already, which would massively draw down the number of troops in Niger. In October,four US troops were killed in an ambush in Niger, which led to the revelation that the Pentagon put 1,200 troops there, without informing Congress.

The officials’ plan is yet to be approved by Defense Secretary James Mattis, but if it does, it will greatly reduce US troops across Africa, leaving substantial presences only in Somalia and Nigeria. Other nations would be back to training-heavy operations

African Command had been keen to send large numbers of troops to any nation in Africa that would accept them, building up what was envisioned to be a large US foothold on the continent. It seems that this is being reconsidered at higher levels of the Pentagon, with Africom only saying that they might be able to send in more troops on a temporary basis in the future.