Friday’s media report, originating at Reuters, claimed Iran had moved a small number of ballistic missiles into Iraqi territory, to be held by Shi’ite militias. Over the weekend, both Iran and Iraq issued statements denying this ever happened. 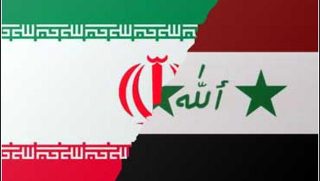 Iranian Foreign Ministry officials said on Saturday that the allegations were “ridiculous” and “have no purpose other than affecting Iran’s foreign relations, especially with its neighbors.” Iran said the claim was plainly false.

Iraqi officials similarly dismissed the report as having no basis in reality. In particular, they noted that Reuters had provided no evidence to back their claims. They also noted that Article 7 of the Iraqi Constitution forbids hosting such a base.

The report made no real explanation as to why Iran would make such a move in the first place, as it was said to be a trivially small number of missiles. There was speculation that if such missiles were located in far southwestern Iraq they would be in range of Israel, but Shi’ite militias have no territory anywhere near that area, meaning this isn’t a realistic possibility.