The latest quarterly report from the International Atomic Energy Agency (IAEA) once again affirms that Iran is remaining entirely in compliance with the restrictions placed on them under the P5+1 nuclear deal. This is the second such report on the deal since the US withdrew from the pact in May. 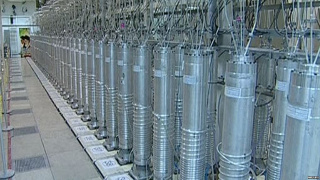 The language of the report was virtually identical, noting that Iran’s production of enriched uranium continued virtually unchanged, and well within limits agreed to in the deal. Stockpiles have remained under the caps set in the pact.

Iran’s continued compliance with the nuclear deal was long a problem for the US, as the Trump Administration was desperate to portray Iran as violating the deal in some way. The facts of the situation have kept the other parties to the deal from joining the US in withdrawing.

Iranian officials warn continued compliance is not assured if the rest of the parties to the deal can’t ensure Iran continues to get the sanctions relief the deal guaranteed. The US, having reneged on the pact, is furiously scrambling to impose new sanctions, and trying to force the rest of the world to go along with them.