Speaking on Thursday during a visit to the border with Lebanon, Israeli Defense Minister Avigdor Lieberman declared that Israel will not be bound by any international deals reached on post-war Syria, and will not honor any such agreements. 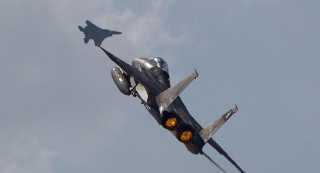 Lieberman says Israel considers all agreements and understandings reached to be irrelevant, and that policy will strictly be based on Israel’s own military priorities. Clearly this comment centers on Israel’s repeated attacks on Syria throughout the war.

Israeli officials have throughout the war said they are opposed to Assad remaining in power, viewing that as tantamount to an Iranian victory. They’ve also seen fit to attack Syrian military sites on the slightest pretext, and sometimes for no apparent reason at all.

With Assad’s survival virtually certain at this point, Lieberman is likely setting the stage for Israel to continue to attack Syrian military sites intermittently in the post-war era.