A ceasefire announced early Thursday in the Libyan capital of Tripoli lasted just a few short hours before collapsing outright. By afternoon, heavy fighting had again resumed in the city’s south, with no end in sight. 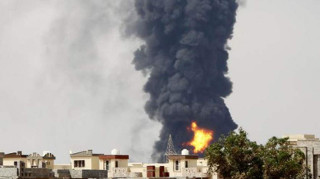 Libya’s Health Ministry has reported 27 people killed so far in a week of fighting, with 100 others wounded. They estimated that most of the casualties were civilians. The UN is calling for another ceasefire.

The fighting is between forces loyal to the current UN-backed “unity” government, and militias loyal to a previous, more Islamist Tripoli parliament which was itself recognized by the UN at the time. The militants’ leader says he is defending Libya from corruption.

This is raising a lot of doubts about the unity government’s future, as long after being installed they still don’t control much beyond their own capital city, and even there, the stability seems very tenuous.