Reports out of Syria suggest that the Syrian Army is engaged in preparations to start a military offensive against the rebel-dominated Idlib Province. They didn’t say when the offensive would begin, but media sources said it would likely start with the province’s south and west. 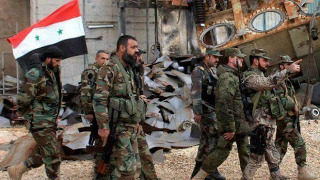 All other major rebel holdings have been retaken by the Syrian military, and evacuation deals often meant influxes of different rebels allowed to relocate to Idlib. Russian officials described the area as a “festering abscess” that needs to be liquidated.

An offensive has been assumed to be an eventual goal for Syria’s government, which has vowed to reunify the country after years of war. Syrian officials had previously said they were holding off, pending a negotiated settlement, but wouldn’t wait forever.

Idlib is dominated by a pair of Islamist factions, one of them al-Qaeda dominated, and the other aligned with Turkey. The Turkish-backed rebels also hold some territory further to the east, in northernmost Aleppo. Numerous smaller groups are also present, aligned with one or the other.

With all the other rebel territory already retaken, Syria seems to believe they can reclaim Idlib as well. Doing so, however, may be difficult, as the region is densely populated after so many factions have been relocated into the area. That’s mean a lot of fighting, and potentially a lot of casualties.