During one of its many scrambles to tackle online recruitment by ISIS, the US State Department hired SCL, the parent company of the recently troubled data firm Cambridge Analytica, to conduct interviews of people they’d decided were “potential ISIS recruits.” 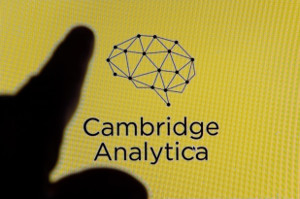 The no-bid contract paid SCL $496,232 to interview between 50 and 75 potential recruits, and was intended to figure out what potential factors could be implemented to either change the recruiters’ behavior, or deter the recruits from joining.

The State Department sought to justify the no-bid nature of the deal by claiming SCL had “unique” capabilities, and that services offered by others were based on”hunches or superficial research.”They also said revealing the contract would “compromise national security.”

SCL announced it was closing down operations earlier this year, after the scandals involving data sales by Cambridge Analytica cost them a number of contracts. SCL blamed it on a “siege of media coverage.”