On Sunday, Afghan President Ashraf Ghani announced his intentions to offer a ceasefire to the Taliban for the Eid al-Adha holiday. Having pushed them for a response, the Taliban rejected the proposal Monday. 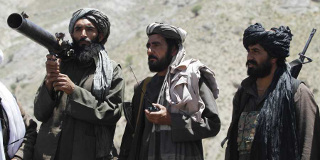 Analysts had previously predicted that while a public Taliban acceptance was unlikely, it wasn’t clear they’d actually reject the deal. Ghani officials demanded the Taliban publicly take a position on Monday, however, and that position was a “no.”

This means that the fighting will be continuing on both sides. One Taliban commander, asked to explain the decision, said that the leadership believes the ceasefire only benefits the US, and would prolong the US military presence in the country. The Taliban had repeatedly said no peace is possible while US troops remain.

The US was quick to endorse the ceasefire plan, and had since suggested peace talks should be directly between the government and Taliban. This was seen as a concession to the Ghani government, which was annoyed by reports that the US had been cutting them out and approaching Taliban leaders directly in talks.

But while the ceasefire isn’t happening, peace talks are still on the table. The Taliban have accepted an agreement to hold talks in Moscow, following pressure from Russian officials. The Afghan government seems interested in such talks as well.

The US is not commenting on the Moscow talks, but is likely not going to be on board with it, or welcome to play a supporting role. The US has long rejected any Russian involvement in reaching a settlement in Afghanistan.