Russian Deputy FM Sergei Ryabkov told the Interfax News Agency on Monday that the Russians have not put weapons in space, and have no intention of putting any weapons in space “first,” saying this is an important position the US should not ignore. 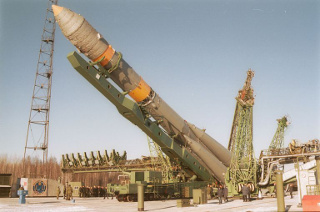 The international community has long warned against the militarization of space. Ryabkov’s comments appear to address US pushes to establish a massive “Space Force” in the military, which they suggest is necessary to ensure “dominance.”

US officials have played up the idea of facing challenges in outer space that oblige them to launch such a buildup. Russian officials clearly intend to warn the US away from this on the grounds that they haven’t gone all-in on space yet, but are prepared to respond if necessary.

Most US hype lately has centered around speculation of secret Russian weapons. Earlier this month, officials claimed a Russian satellite was behaving unusually as evidence it might be up to no good. There is no evidence that the inspector satellite has done anything untoward.