The Iraqi military issued a statement Thursday reporting that they’d carried out an airstrike against an ISIS target inside Syrian territory, just on the other side of the border. They reported “terrorists” were killed but did not give a number. 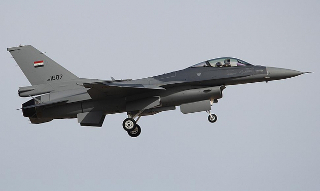 According to Iraq, the airstrike targeted what they’re calling an “operations room” belonging to ISIS, and that the ISIS people within were “planning criminal operations using suicide vests and intended to target innocents in the next few days inside Iraq.”

How they could possibly know what was being discussed in the room is unclear. In reality, this mirrors the sort of claims the US makes about cross border strikes, and is intended to serve as a legal pretext for such action.

It’s entirely possible, as ISIS does conduct cross border operations. ISIS has not commented at all on this incident, however, either on the attack or who was killed. This leaves open the question of what Iraq actually attacked, and how significant it is.